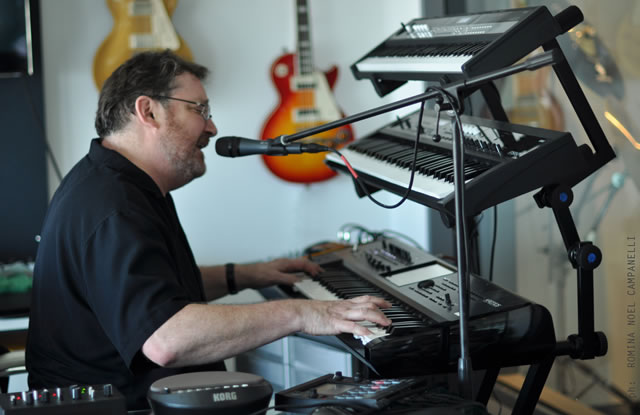 From 10 am began the KORG and VOX workshops by Steve McNally and Brian Gabriel. room acoustics, designed especially for this purpose filled. Among the new offices Import Music, attendance was complete, and so began his workshop Steve McNally (KORG), showing the new brand products. It began with the MICROSTATION a mini workstation 61 keys (the same engine sounds M50, 16-track sequencer, stored in SD, USB output and an incredibly small size, without this point make it hard to play). a space designed for live use, with the latest KORG synthesizer sounds: Below the KORG PS60 was exhibited. Then described the Wavedrum Mini, the little sister of the famous and renowned WAVEDRUM percussion pad, but with new options that make it very interesting. The next product was the Monotribe a 3 in 1 (analog synthesizer, battery grid and ribbon) that allows users to create their songs in a small space and also has the engine sounds of the legendary analog synthesizer KORG MS20 . The KAOSS QUAD is a derivation of the KAOSS family, which includes 4 effects that can be used at the same time, among other things (sampler, distortion, filters and delay). Thus, we reach the end of the clinic with the presentation of KORG KRONOS: A revolutionary high performance Workstation, whose technology locates years ahead of any other brand of synths. In its version of 61 keys with touch screen 7 "internal disk 30Gb, 16 tracks seconds, 16 audio tracks, 16 real-time controllers, and more. The piano sound is amazing and loops, thanks its huge memory. Steve closed his presentation with an incredible performance on the KRONOS, leaving everyone with the desire to have one. VOX clinic, was conducted by Brian Gabriel, who began his work with a guitar and an amp VOX SSC55 VOX AC30 C2X (equipped with Celestion speakers BLUE). An absolutely powerful and versatile sound. Let's start SC55 VOX guitar, an instrument with reminiscences of Les Paul, but where their wood stand out, its fine construction and coil tiple microphones, something really new. It is a format coaxial microphone (a microphone inside another), which, via a selector switch, you can choose between sondo single coil, humbucking and P90. Another point in its favor is its unique bridge-tirecuerdas made of aluminum, which has calibration records longer the market. What more can add the renewed AC30 amp Bryan May using it for years and is the mainstay of its characteristic sound, who used the Beatles marking unmistakable sound of guitars. Brian Gabriel was commissioned to thoroughly explore this legendary amplifier. Then it was the turn of the VOX VT80 + (rather than an amplifier, a machine to generate and emulate all the sounds you've heard on your favorite discs). It has 80 watts, other preamps, tbtalmente programmable 3-channel multi tÃ 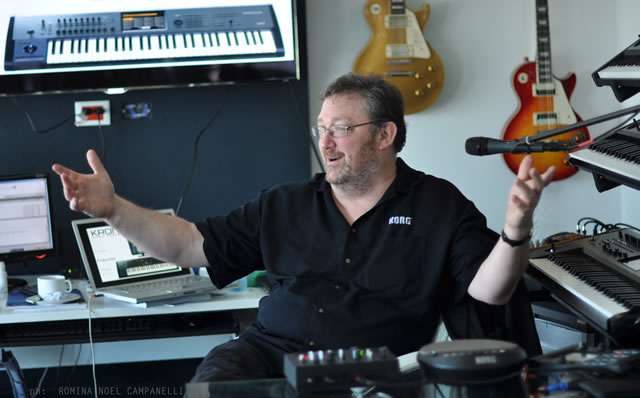 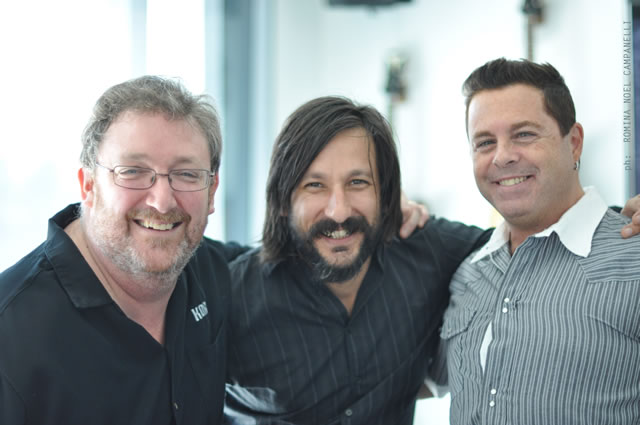 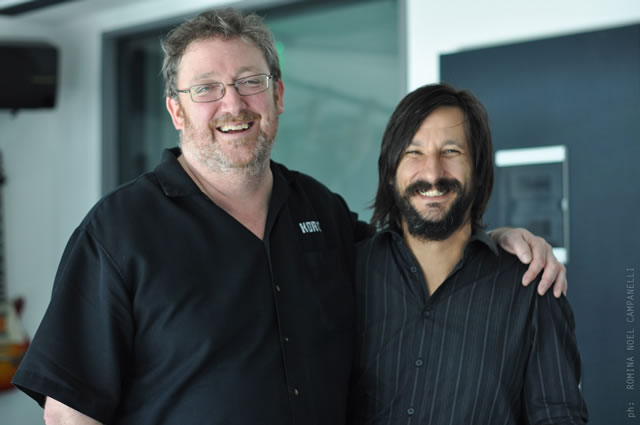 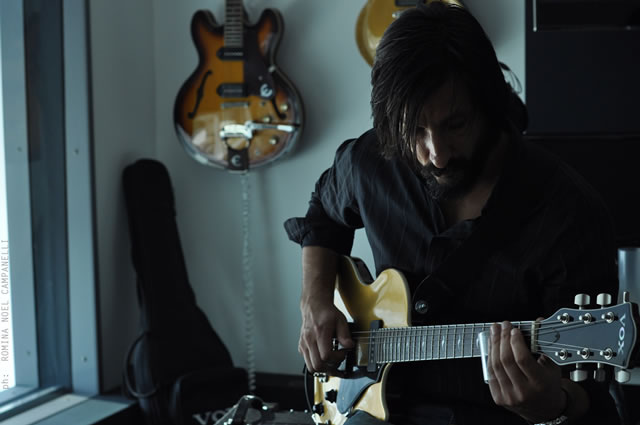